Let's get your health back on track.
Check out the FREE RESOURCES. We believe prevention is the best cure. We believe you should walk out feeling better. We believe in identifying and treating the root cause of problems, rather than band-aid treatments for symptoms. We treat the cause, not just the effect. We believe you deserve the time to express concerns, hear all treatment options, receive a clear explanation, and experience the most attentive and compassionate care possible. We believe that every individual is made up of a unique combination of lifestyle, family, environment, diet, emotions, beliefs, and so on, therefore every treatment is specifically tailored to you as a whole being. We're scared of needles too. We've gone through extensive training and practice to hone our needle technique and make it as painless as possible. Most of our patients fall asleep and find acupuncture to be an incredibly relaxing experience. And that makes us so happy! At The Point, we believe the best approach to wellness is a marriage between holistic medicine and the modern needs of today's patients. As health concerns like autoimmune disorders, infertility, allergies, and cancer are on the rise, it is clear we need to reshape how doctors and patients care for the body and mind.

We strongly support the integration of eastern and western medicine. Our training includes patho-physiology, biochemistry, pharmacology, and interpretation of lab data, enabling us to work in an integrative manner with you and your medical doctors to speed healing and provide you with truly comprehensive care.

If you are under the care of a medical doctor or specialist, we will coordinate treatments and provide referrals if necessary. Katherine is the founder and clinic director of The Point. She is a Colorado state licensed and Nationally certified acupuncturist. She holds a Masters degree from Southwest Acupuncture College. She is a recognized diplomate of Acupuncture and Herbology by the National Commission for the Certification of Acupuncture and Oriental Medicine (NCCAOM), is certified in Clean Needle Technique, is Board Certified as a Fellow of the American Board of Oriental Reproductive Medicine, and is a member of the Colorado Acupuncture Association.

Katherine has successfully used acupuncture and Chinese Medicine to treat a wide variety of conditions with a gentle technique through her practice, conveniently located in the Washington Park area of Denver. She has a special interest in using acupuncture and Chinese Medicine to help the people of Denver with women's health, fertility, digestive disorders, and chronic pain. She's also a trained Mei Zen Cosmetic Acupuncture practitioner.

She first discovered the healing power of Oriental Medicine when she suffered from digestion problems of her own. When her doctors couldn't help her, she tried acupuncture and was amazed by the results and became a strong believer in the power of holistic medicine. She hopes to share the same success with you within her Denver area acupuncture and Chinese Medicine practice. 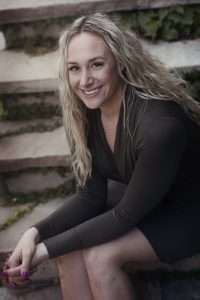 herbalist in the states of Colorado and California with a special interest in fertility, facial acupuncture, pain management, and anxiety and depression. She received her Masters in Traditional Chinese Medicine from Five Branches University in San Jose, California. Garryn has also received advanced training in facial acupuncture - she's certified in Mei Zen facial acupuncture, as well as Virginia Doran's and Mary Elizabeth Wakefield's facial rejuvenation techniques.

As a college athlete who has persevered through chronic joint injuries, Garryn strongly empathizes with her patients who are in severe pain and their desire to continue with an active lifestyle. After experiencing multiple ligament injuries herself, Garryn found acupuncture as a helpful tool that helped with pain management and healing.

Through years of clinical practice, Garryn strongly believes in the body’s power to heal itself and educates her patients on proper maintenance and lifestyle choices for living a longer, happier, more fulfilling life.

Ashleigh’s passion for acupuncture and

Chinese Medicine first began as a young professional when constant stress caused her turned to acupuncture. Within a matter of months, she noticed a change within herself that can only be described as profoundly life-altering. Her sleep, digestion, and overall sense of wellbeing began to improve dramatically.  She felt less stressed and more content with her life.  Ashleigh then began the journey of becoming a licensed acupuncturist, with the hopes of bringing others the same life-altering experience.

Ashleigh holds a Master's degree from Southwest Acupuncture College in Boulder and is a Colorado State licensed and Nationally certified acupuncturist. She is a recognized Diplomate of Acupuncture and Herbology by the National Commission for the Certification of Acupuncture and Oriental Medicine (NCCAOM), is certified in Clean Needle Technique, and is a member of the Colorado Acupuncture Association.

Dr. Melati Olivia is a nationally board certified and licensed acupuncturist and herbalist with a dual specialization in Internal and Physical Medicine, extensively experienced in the treatment of Sports Medicine and Orthopedic pain management.

She received further training during her doctoral residency at Emperor’s College of Traditional Oriental Medicine in Santa Monica, CA, where she received her specialization, and furthered her interest in Rehabilitative Medicine and Cardiology.

When not immersed in the world of medicine, Dr. Melati is an avid yoga practitioner and fitness instructor and teaches her own unparalleled blend of acupuncture-inspired yoga at Yoga Pod Lodo and several Denver-Metro Corepower Yoga locations. She is also an accomplished musician, having fronted rock and metal bands around the Denver area for the past decade, with national touring experience, and having two Westword Music Showcase Awards in her repertoire. When not in residency in California, Dr. Melati resides in Denver with her two Shiba Inus, and enjoys riding her motorcycle through the Colorado mountains whenever the weather permits. 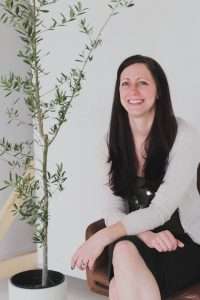 Geri Lynn is a Nationally certified acupuncturist and licensed in the state of Colorado. She received her Masters degree at the Colorado School of Traditional Chinese Medicine in Denver. She is a diplomate of Acupuncture and Herbology by the National Commission for the Certification of Acupuncture and Oriental Medicine (NCCAOM) and is certified in Clean Needle Technique. She's also a trained Mei Zen Cosmetic Acupuncture practitioner.

Geri Lynn has always had an interest in the human body and believed in using natural ways to heal it. Geri Lynn entertained a few western medicine degrees in her earlier years of education, but they never seemed to be the right path for her. While living in California, she had some medical concerns that western medicine was unable to treat effectively, this is when she decided to try acupuncture. She was amazed that Chinese medicine was able to heal her medical conditions. From that point forward, Geri Lynn decided that helping others experience the wonderful healing benefits of this medicine was her life’s purpose. She now plans to help as many people with acupuncture and herbal medicine as possible. Geri Lynn has a special interest in treating acute or chronic pain, depression, anxiety, digestion problems and women’s health.

When Geri Lynn is not working, she is outside enjoying the many amazing adventures Colorado has to offer. Her favorite past time is hiking anywhere in the woods with her son, two Boxers and husband. Some of her other loves are gardening, snowboarding, weight training, yoga and meditation.

Dr. Emily Matuszewicz has been in private practice for over twenty years. She is a graduate of Colorado College and went on to receive her Doctorate of Chiropractic from Northwestern Health Sciences University. She is on the faculty of Metropolitan State University in the Department of Health Professions and teaches courses such as Dynamics of Health, Complementary and Alternative Therapies, Holistic Health, Homeopathy, Theories and Applications of Integrative Medicine. Dr. Emily is a gifted healer and teacher. She is committed to helping her students and patients discover a truly profound sense of well-being. We are very lucky to have her on our team here at The Point, where she provides Neuro-cognitive Health & Life coaching as well as craniosacral therapy. 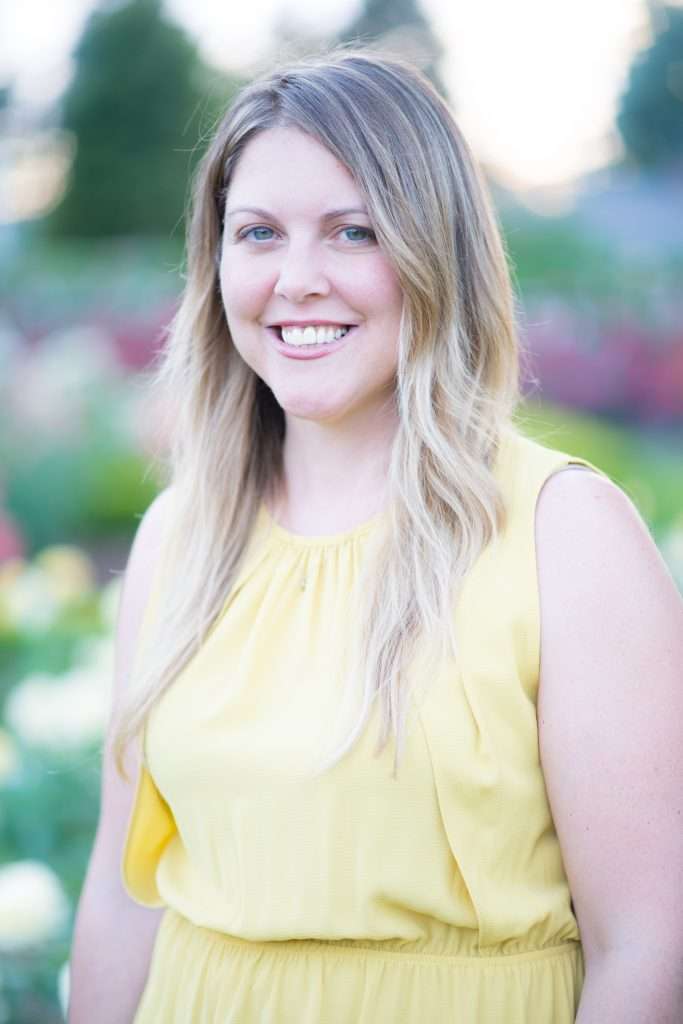 Jen combines her training in Chinese Medicine, Ayurveda, Functional Medicine, and Integrative Health Coaching to help you achieve your goals. She is a guest-expert, writer, and educator on our blog and platform.

Jen believes in both the power of food as medicine and the importance of mind-body connection. Jen turned to whole foods, yoga and holistic health in 2001 helping to alleviate her severe PMS, digestive concerns, heartburn, sore throats and neck pain. As a former Advertising Executive of fourteen years in NYC, she relates to her clients' needs for stress reduction tools. She is passionate about helping women reclaim their health and loves to educate about health prevention and self-care.

Jen is a Women’s Health Coaching expert since 2012 as an Integrative Health Coach focused on Fertility, Adrenal Fatigue, PCOS, Endometriosis and additional Women’s Health concerns. Jen is a Licensed Acupuncturist (in OR and CA), Diplomate of Oriental Medicine, Certified Ayurvedic Practitioner, Integrative Health Coach and Pilates instructor. She holds additional professional training certificates from Functional Medicine Coaching Academy, Duke University Integrative Medicine, Kripalu School of Ayurveda, The Natural Gourmet Institute and Institute for Psychology of Eating. Jen is also passionate as a volunteer with service animals. Find out more about her at www.beingelemental.com.

Call us for a free consultation

We offer a free consultation. If you're not sure acupuncture is right for you, don't worry - we're happy to answer any and all of your questions. Call us today 720-523-3351.